On Monday, March 25th, 1905, the Parisian's Passengers were in fearful peril of death through Collision in Daylight. The Allan Liner, with 900 persons on board, was rammed at Halifax harbor entrance by the Hamburg-American Steamer Albano. (The Parisian had departed Liverpool March 16th 1905) The Parisian was at a standstill, receiving Pilot Flemming. Captain J.M. Johnston observed the German ship approaching and felt sure they would "haul off" or "clear" them. He heard the Albano's signal "We are going astern", but the Albano did not go astern and crashed into the Parisian's starboard side. Captain Johnston called "full speed ahead" and averted a collision amidships in the engine room. The after-compartments abaft of No. 4 hold were stove in, a hole "big enough for a man to walk through." The Parisian was towed to pier 2, where she settled on the bottom. [she was repaired and re-floated] Soon after it came to be known that the Parisian had been in collision, somebody started the rumour that she had been sunk and all lives lost. This caused an immediate rush to Deep Water. The next morning the rush began in earnest and from daylight till late at night all classes and conditions of people were there. None were supposed to go down to the pier, but they were there just the same, all having a look. There were many boats on the harbor. The camera man was also in evidence, and they got many interesting pictures. The Pretorian on the north side of No. 2 pier had a large number of sightseers on board, a good view of the Parisian and her injuries being obtainable from her. It is estimated that 10,000 people at least saw the steamers. The Albano also came in for observation, being as she was at the pier north of that at which the Parisian was sunk. The Albano's Captain Kudenhold (and Pilot Hayes) had no comment to the incident. 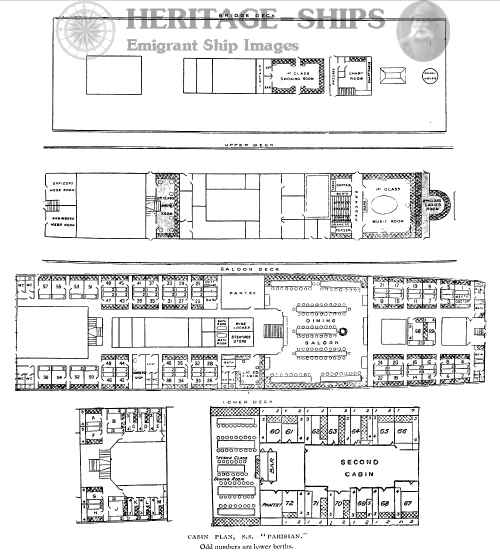