The Wilson line did not only offer conveyance of emigrants from Scandinavian countries to England. During the passenger season they also offered accommodation for the comfort of tourists, and arranged holiday tours to different parts of Norway and Sweden. The accommodation was strictly first class in saloons and stateroom amidships, much different from that was offered to the comfort of the emigrants traveling steerage between decks. 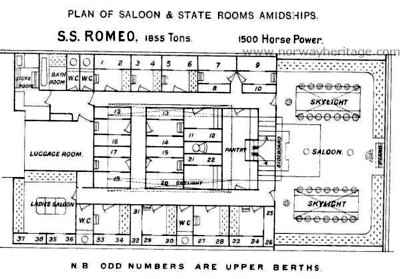